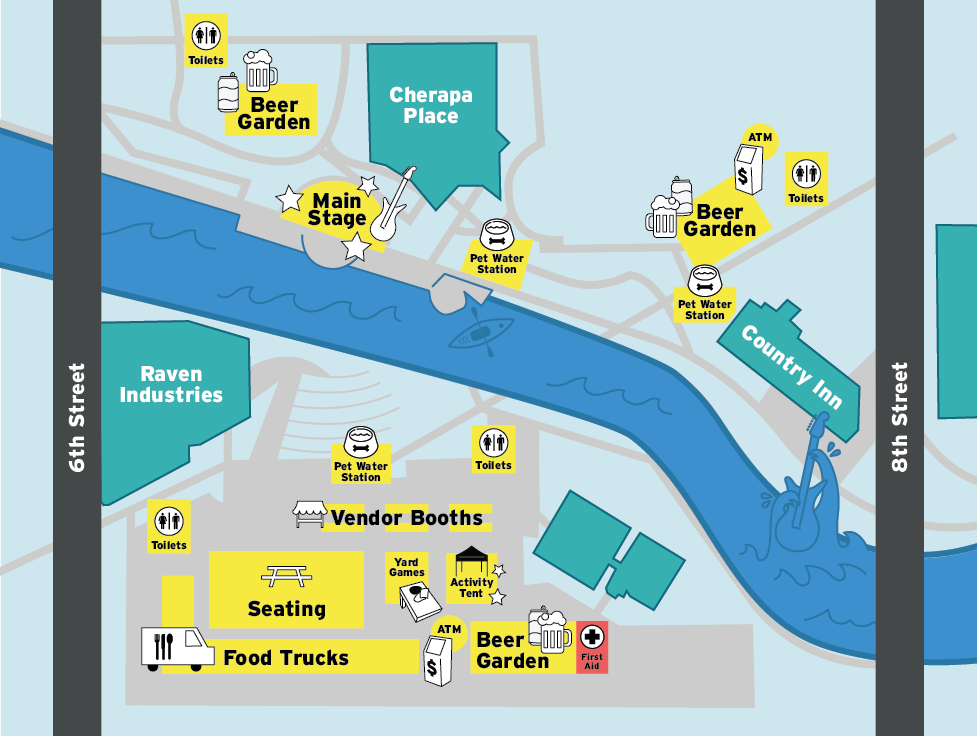 Celebrate the Big Sioux River in style at the 8th Annual Downtown Riverfest!

4:30pm – 6:00pm Mat D
Dubbed as the “Hemingway of the Highway” by fans, singer-songwriter Mathew deRiso has written, recorded, and performed original music since 2006.

6:30pm – 8:15pm Tuff Roots
Tuff Roots is a reggae band from Sioux Falls. Focused on creating good vibes and love through the sound of their music, you will have a hard time leaving the crowd without feeling the positive vibrations.

We’re also looking for Volunteers for this event! If you’re interested, please fill out the online form here.

Note: We are accepting applications for food vendors. Download the application by clicking on the link below.

If an ADA accommodation is needed, please contact the DTSF office at 605-338-4009 at least 5 days in advance of the event.

Thank You to All Our Sponsors: