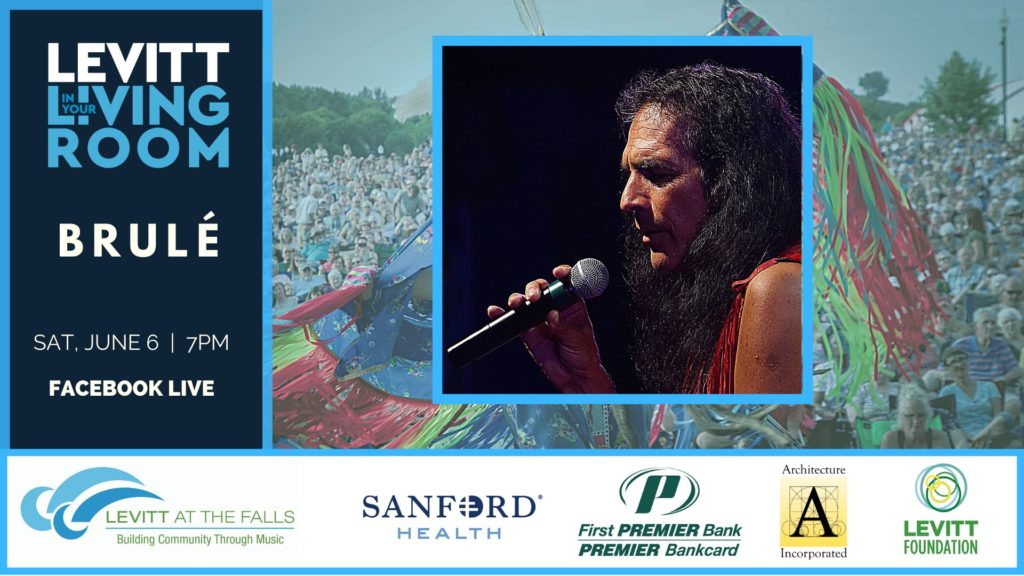 This Saturday, join a live interview with ground-breaking musician Paul LaRoche of Brulé as he shares an evening of music and behind-the-scenes conversation exclusively for Levitt at the Falls on Facebook Live.

Paired with the stunning steps of one of the top Native American dance troupes, their authenticity brings a multi-dimensional art form to this cultural rock opera, pushing the boundaries of contemporary Native American rhythms and classic rock in their genre-blending selections.

One of the top-selling Native American adult/rock music groups, Brulé has been named “Group of the Year” five times by the prestigious Native American Music Awards, earning seven NAMMYs since 2002.