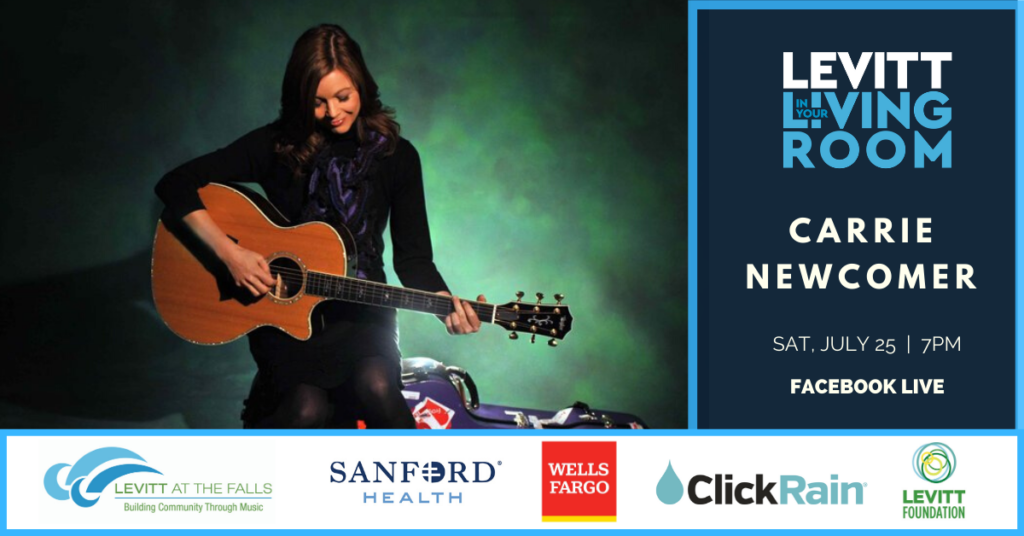 Join a live interview with singer-songwriter Carrie Newcomer as she shares an evening of music and conversation.

Carrie Newcomer is a performer, recording artist, and educator, described as a “prairie mystic” by the Boston Globe and one who “asks all the right questions” by Rolling Stone.

Her song “I Should’ve Known Better” appeared on Nickel Creek’s Grammy award-winning gold-certified album “This Side.” She also earned a regional Emmy for the PBS special “An Evening with Carrie Newcomer.”

Recent appearances on PBS’s Religion & Ethics and the National Award-Winning Krista Tippett’s On Being have focused on Newcomer’s use of creative art form as a spiritual/mindfulness practice, her work in social/ environmental justice, interfaith dialogue, progressive spirituality, and as a champion for a new political conversation.

For Newcomer, writing songs is not about telling her individual story; rather, it’s about the experience of being human. Her songs are “always pointing toward what we both recognize, to write about the place where my story meets yours.” Carrie Newcomer’s conversational, introspective songwriting celebrates and savors the ordinary, yet sacred, moments of our lives.

Carrie lives in the woods of southern Indiana with her husband and two shaggy dogs.