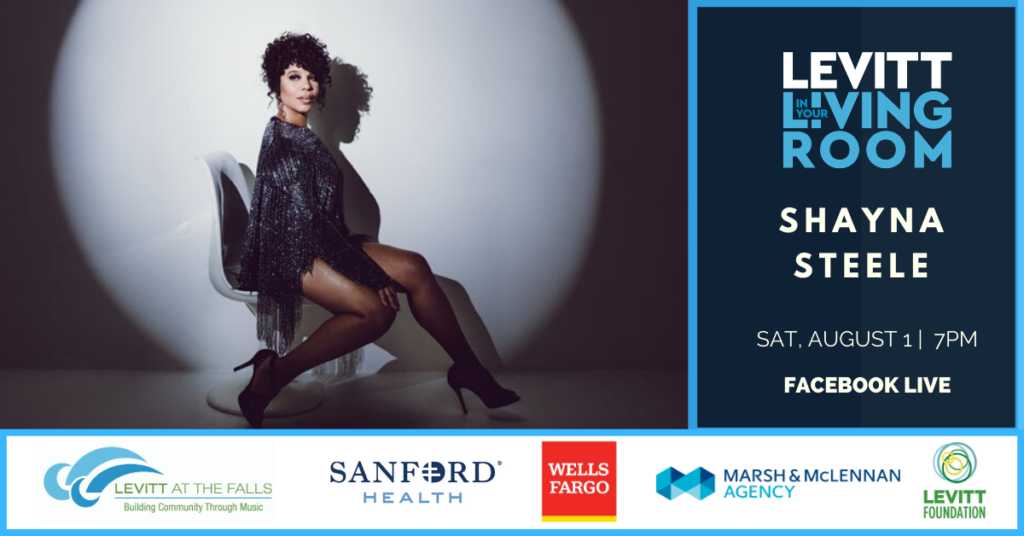 It’s a sneak peek, it’s a deep dive, and it’s a musical experience to connect as a community! Levitt in Your Living Room is a digital program that will give viewers an introduction to some of the amazing future performers coming to the Levitt

Join a live interview with singer-songwriter Shayna Steele as she shares an evening of music and conversation.

“I am outrageous, larger than life” are the first words on Shayna Steele’s new album. The few notes she sings to voice them in the aptly named song “Be” already make it clear that this is not braggadocio, but a fact.

The singer was born in California, raised in Mississippi, and as a self-proclaimed “American Air Force brat” grew up all over the world, but lives and thrives in New York. She not only has a charismatic, charming and truly unique voice, but also plenty of technique and the vocal strength of a volcano.

Shayna has performed with the likes of Rihanna, Kelly Clarkson, Bette Midler, and Steely Dan as a sought after background vocalist.

Saying Shayna is ready to step out on her own would be a major understatement.