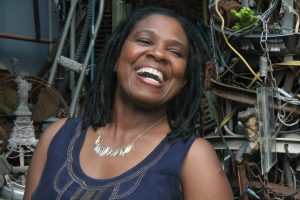 Levitt at the Falls grand opening featuring the phenomenal Ruthie Foster. Ruthie Foster’s latest album, Joy Comes Back, described as “some folk, some blues, some soul, some rock, some gospel,” illustrates Ruthie’s genre-spanning talent. Ruthie’s been nominated for three GRAMMYs, and has won multiple Blues Music and Austin Music Awards, plus the Grand Prix du Disque from Académie Charles-Cros in France.