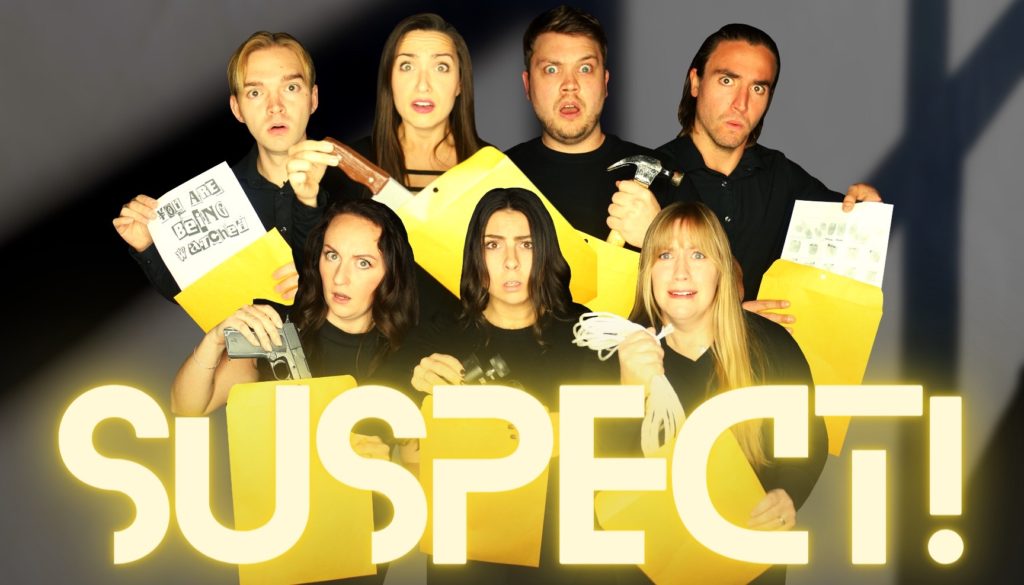 The Good Night Theatre Collective presents another world premiere of an original musical from the playwright of Alvin Fletcher’s Surprise 34th Birthday Party and Reality Wives.

Suspect! follows what ensues when a crew of true-crime podcast geeks descends upon a creepy cabin for the weekend…

Featuring a cast of incredible local talent and a soundtrack of hilarious original songs, don’t miss this outing at the Belbas Theater this January.

Be sure to order a ticket in advance, or you might not get a seat!

Note: Suspect! contains some adult language and themes and is intended for mature audiences.