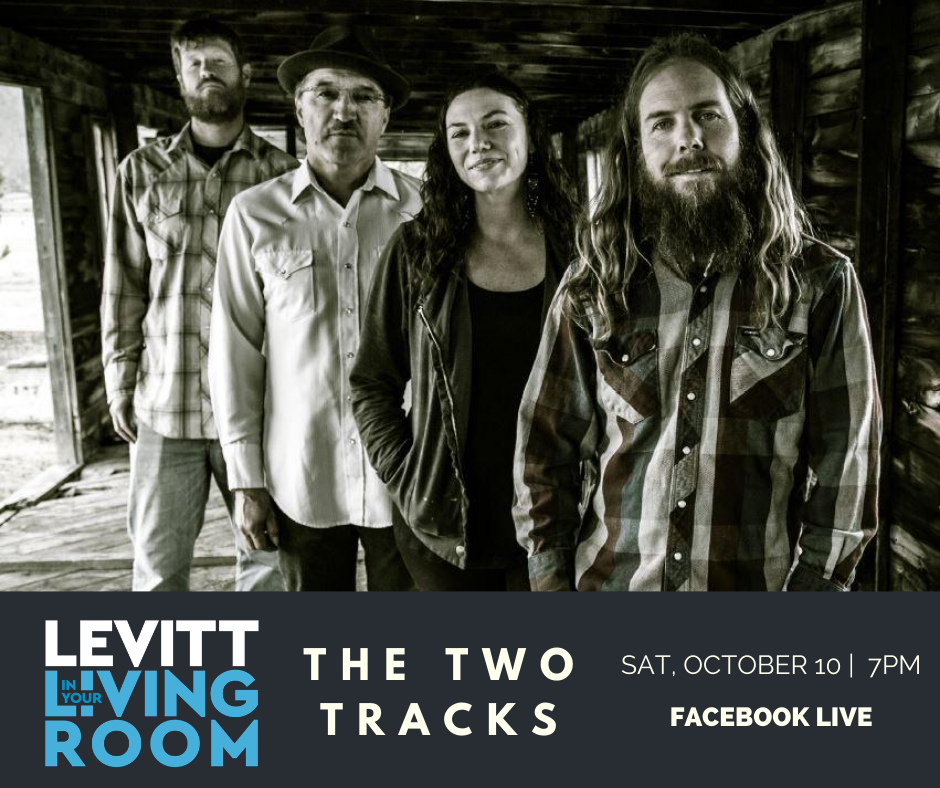 Meet Americana superstar quartet The Two Tracks, as they share an evening of music and conversation with Levitt at the Falls on Facebook Live.

The Two Tracks is an Americana band based out of Sheridan, Wyoming. Americana is music that reverberates with heart-felt emotion and that speaks to the listener with honesty, conviction, and integrity.

Their 2017 album, Postcard Town, further affirms the promise and determination shown on their eponymous debut, which No Depression described as “creating an instant connection…in truth there’s not a single offering here that doesn’t engage the listener practically from the get go.”

The Alternate Root described their music as “rural warmth…infusing their tunes with a feel for the open spaces of The West.”

Join Levitt in Your Living Room on the second Saturday of each month at 7:00pm on Facebook Live at www.facebook.com/levittshellsiouxfalls.